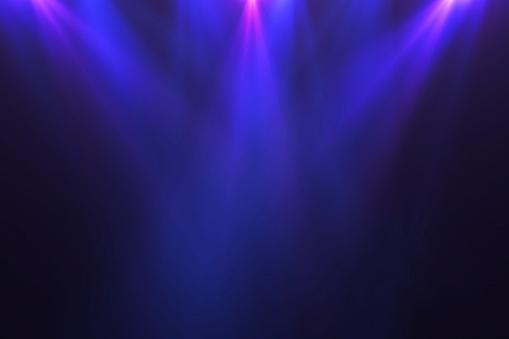 The insanity begins as Barnhart takes audience volunteers and turns them into the stars of the show by tapping into their subconscious mind and releasing their hidden talents.  Volunteers sing, dance and sometimes even do ‘the unexpected’ in a show that combines standup, improvisation, and hypnosis.

Don Barnhart’s  Hypnomania Show is akin to releasing the hidden talents of multiple comedians and improvisers onstage with Barnhart as the ringleader creating a unique performance in every show.  It’s a human circus of crazy, silly fun. Hypnomania delivers interactive, improvisational, and sidesplitting comedy hypnosis while simultaneously unlocking the unique mysteries of the human mind.

Barnhart’s comedy hypnosis show is a fast-paced journey through the audience volunteer’s subconscious creative genius that keeps audiences on the edge of their seats.  Using techniques found in NLP (Neuro-Linguistic Programming) guided meditation and hypnosis, Barnhart teaches his volunteers to focus their energy to release anxiety, stress, and fears to tap into their creative abilities with unlimited confidence.

Don Barnhart has the distinct title of being the only hypnotist that is also a headlining comedian with a separate residency in Las Vegas for his standup comedy.  Be sure to check his website to see where he’s performing next.

See the show or BE the show!  The choice is up to you.  The Award-Winning Comedian, Hypnotist and Second City Conservatory Graduate Don Barnhart has combined his standup, hypnosis and improv skills guiding his volunteers to become the star of the show creating one of the most hysterically funny comedy hypnosis shows that’s not to be missed.  Everything comes together in a show that puts the audience on center stage, inhibitions gone, ready to perform as superstars.  Skeptics are encouraged to attend.

Don Barnhart’s Hypnomania is currently on tour.  Please contact us for availabilities.

Don's twenty plus years of standup comedy club experience are evident, as well as his Second City improv skills and his self-improvement hypnotic abilities. Everything comes together in a show that puts the audience on center stage, inhibitions gone, ready to perform like they never have before. Skeptics are encouraged to attend.

"Don takes the positive aspects of hypnotic trances for a spin.  In an industry dominated by embarrassing and shocking antics, the comedy brought out of our shared hopes and dreams is refreshing, honest and just plain funny."

Audience members have the option to volunteer or sit back and watch.  Barnhart's Hypnomania Show is as empowering as it is entertaining and Don leaves his audience volunteers feeling refreshed and recharged having learned a hypnotic technique they can use long after the show.

Don is the author of Creating The Life You Desire teaching people some hypnotic techniques they can use to help improve their life, break bad habits and achieve their goals.  Barnhart also has a series of self-improvement audio programs that can teach you a way to focus your energy, helping you to unlock the power of your subconscious mind to break bad habits, achieve your goals and take control of your life.

Don also works with veterans suffering from PTSD and has put up a free download to his Personal Power hypnosis session on his website.

Barnhart recently filmed his Dry Bar Standup Comedy Special, which has over 4 million subscribers.  He’s been seen on Jokesters TV, MTV, Star Search, and Evening At The Improv and has been featured on ABC, CBS, FOX and NBC.  He also stars in the documentary, Finding The Funny with Brad Garrett and Louie Anderson and plays a rather disgruntled, road weary comedian in the upcoming comedy film, Tribute To Fluffy.  Don can also be seen playing a psychotic mad man in the new web series Max Justice.

Don is a Bob & Tom Show Favorite and his standup comedy CD I'm Not Just Eye Candy can be heard frequently on XM/Sirius Satellite Radio and in his off time, he teaches standup, improv, hypnosis, and comedy writing at the Las Vegas Comedy Institute.

Barnhart rotates his time between Hypnomania and his standup comedy residency at Delirious Comedy Club at The Downtown Grand Hotel  in Las Vegas.

Thank you for taking the time to check out  our website.  If you have any questions, comments or concerns, please feel free to email us.